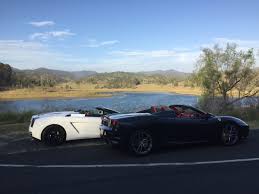 Supercars are like a grizzly bear. They look beautiful, but scratch below the surface and you’ll find a wild animal that’ll rip your face off if you make a wrong move. They’re tesla accessories also likely to be so n’ sos to start from the cold. And for most of us, the insurance would be through the roof. Of course, this is all assuming we’re able to afford the thing in the first place. Which we can’t. So what’s the next best thing? We’d suggest driving gift experiences. Here’s a rundown of just a few of the cars you could be putting through their paces…

As driving experiences go, they don’t get much better than flooring this bad boy round the track. Okay, so the Gallardo arguably lacks the lovable stupidity of older Lambos, but it still looks the business. Better yet, with Audi now taking care of everything under the bonnet, the good news is it actually works – unlike its older siblings. Cue 0-62 in about 4.3 seconds. And a noise reminiscent of Pavarotti getting kicked in the groin.

For a driving experience that comes with a big dollop of suave and sophistication, it can only be an Aston. The DB9 is what all Astons should be – ridiculously pretty and quintessentially British, complete with a leather interior that’s more country pub than Ikea minimalism. Most importantly, though, it can really shift. You’re looking at a V12, six-litre engine that’ll do 0-62 in a smidgen under five seconds.

Just say the name Ferrari and you’ll have high expectations of being in for a real treat. Thankfully, the 360 won’t let you down. It’s got a 3.6 litre V8 engine, so give it some welly and you’ll do 0-60 in 4.3 seconds. But more than that, it’s a Ferrari. And it’s red. Need we say more? Get yourself inside one of these and you’ll feel like a Premier League footballer from Cheshire. Or his WAG. Regardless, it’s insanely good fun.

You might not be hugely familiar with the Atom. Built by the tiny Ariel company in Norfolk, this little motor is nothing like its more ‘glamorous’ competition. For starters, you can get your hands on one for about 30 grand. “So what’s it got going for it?” you ask. Well, because it only weighs 500kg, it generates 600bhp per ton. That folks, is more than a Ferrari Enzo. The result is a face-meltingly quick 0-60 in 2.9 seconds! It’s a driving gift experience on a whole new level.

Well, it’s German, so you know the engineering will be top drawer. And it looks as pretty as a picture, too. In fact, it’s a proper supercar to rival anything the Italians can throw at it. What’s more, its vital statistics tot up as well. We’re talking a 4.2 litre V8 engine that’ll churn out over 400bhp, while shooting you off at a break-neck top speed of 187mph. Or, if you’d rather, 0-62 in 4.6 seconds.